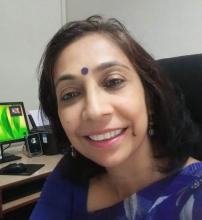 Mrs. Piya Thakur has an MA in Geography and an M.Phil in Population Studies from Jawaharlal Nehru University, New Delhi. She has rich experience in all aspects of school education and teacher training with expertise in Training Design and Direct Training Skills.